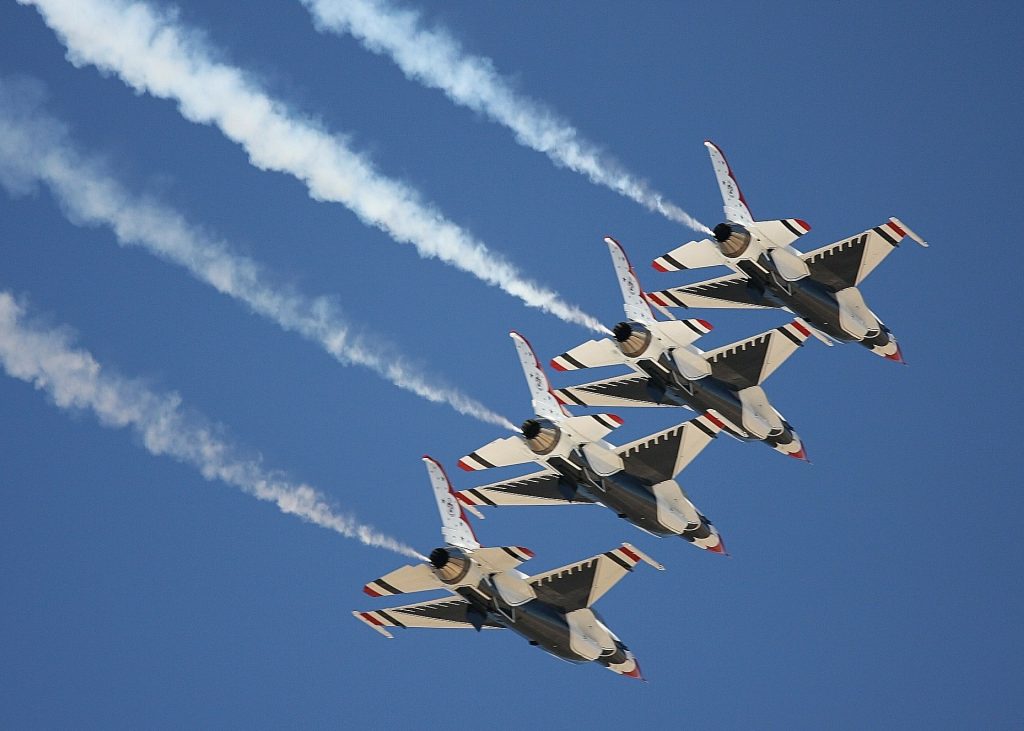 The Manitowoc Airshow has been highly rated for years because of its innovate nature. Upcoming air shows have always been better than past ones. We strive to add more attractions ranging from more aerial displays to exhibits, entertainment, and activities for the whole family.

We’ve hosted the best of the best in Air shows in the air and on the ground. The Manitowoc Airshow has hosted the United States and Canadian armed forces.

Daily shows are supplemented by night shows featuring exciting musical performances, fireworks displays and much more! There is so much to do on the field and gates open as early as 7 am. There’s also plenty to eat including all-you-can-eat meals.

There’s more. Safety and security are also unmatched. The Manitowoc Airshow is secured by uniformed security personnel. We also have medical personnel on site throughout the duration of the show to respond to all kinds of emergencies.

We also have special arrangements for parking as well as visitors arriving by air. Visiting pilots get free breakfast and an opportunity to fly their planes as part of the show.

Sign up to receive updates and to hear what’s new with our company.